Should You Visit Thailand in the Low Season?

When is the best time of year to visit Thailand? It all depends on your priorities. If you expect nothing less than perfect weather, then it might be worth battling the crowds to see Thailand during the tourist high season when the skies are clear and the temperatures are pleasantly warm; however, if you don’t mind tossing the coin when it comes to your chances of seeing sunny skies, then the low season can be an extremely rewarding time to visit. Let’s take a closer look at the advantages and disadvantages of planning your trip to Thailand during the low season.

When Is the Low Season?

In general, Thailand has three seasons: Hot, cool, and rainy. These seasons are less well-defined in the country’s southern regions, where there are basically only two seasons: Rainy and dry. On the west coast, the heaviest rainfall occurs from April to October; while the east coast receives the most rain from September and December.

November to March is the high season for tourists, which coincides with the cool season in most regions of the country.  The shoulder seasons, which last from April to June; and September to October, can also be nice times to travel, often offering the same lovely weather as the cool season but with fewer crowds. The low season lasts from July to October, with the hot season occurring from March to June; and the rainy season lasting from June to October. 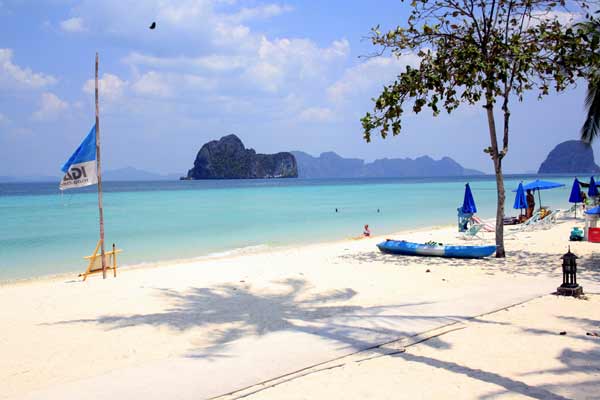 The biggest downside to visiting Thailand during the low season is that it’s considered to be the low season for a good reason: The weather is less than ideal. The temperatures during the hot season can be almost intolerable, particularly in the afternoon. During the rainy season, it rains almost every day in major tourist centers like Bangkok, Chiang Mai and Phuket. That said, the rains are often very brief, occurring for a short but intense period in the late afternoon or early evening, so it’s possible to plan around them.

It’s also important to keep in mind that some services and hotels close during the low season because tourist traffic is so sparse. Some activities may also be less enjoyable during the low season; for example, the stormy waters can interfere with clarity during scuba diving and snorkeling. Research thoroughly before your trip and make sure you don’t have your heart set on particular activities or excursions that may not be available or up to their usual standard during the low season.

It’s significantly cheaper to travel in Thailand during the low season, with prices often half of those you’ll encounter during the busy high season, particularly in tourist-oriented areas.

There’s rarely a need to book your accommodation in advance during the low season, giving you the opportunity to negotiate the price when you arrive.  Similarly, it’s not usually necessary to arrange bus or train travel more than a few hours in advance, which means you have much more flexibility in your schedule.

During the rainy season, the countryside is especially lush and beautiful as a result of the abundant rainfall.  Tour groups are typically smaller, which means the opportunity to interact more closely with your guides and other group members. The beaches and attractions are also less crowded, allowing for a vacation that’s quieter and more laid-back overall.

One of Thailand’s most popular annual events, Songkran, takes place in the low season. Held in April each year, Songkran is touted as the world’s largest water fight. In addition to participating in massive water fights in the streets, you can head to a temple to see the more traditional side of the celebrations. 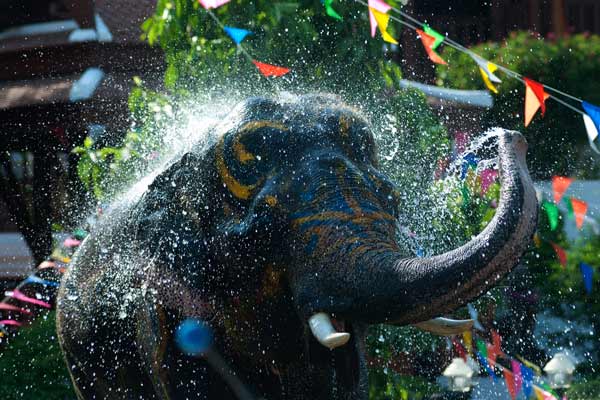 Thailand’s low season coincides with the low season across the rest of Southeast Asia, so if you’re planning trips to nearby countries like Cambodia, Laos, Vietnam, and Malaysia, you’ll find the same relaxed atmosphere and reduced prices.