Mangia!: 5 Tips for eating on a budget in Italy

Italy is known for its fabulous food. Most of it is reasonably priced or even inexpensive, but some common mistakes can make your budget skyrocket.  Here are five tips to help you keep your budget low and your belly full in Italy!

1. Drink with caution
In Italy, there are downsides to eating in a restaurant if you’re on a budget – and not just because restaurant fare tends to be more expensive than street food (more on that later).  For one thing, most places will charge you a fee for water. I have heard that you can order tap water, which should be free, but it’s very ill-perceived, and if you’re a tourist, unscrupulous eateries might just charge you anyway.  One great way to get around this if you’re desperate (and no judging -  I’ve been through Italy on a shoestring several times) is to buy a bottle of water at a grocery store and keep it in your purse/backpack. If you can’t manage to take a few sips while the waiter’s not looking, when you leave the restaurant, you’ll be able to quench your thirst for a fraction of what you would have paid. 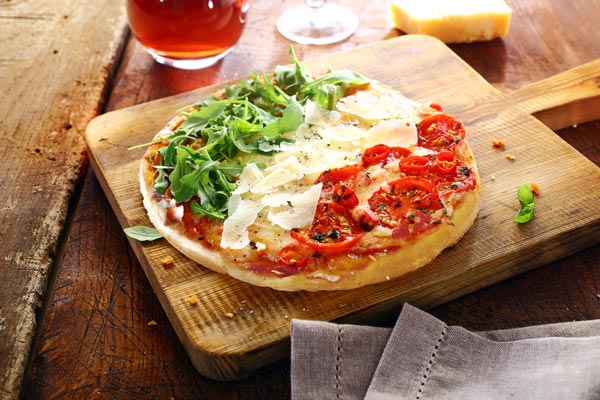 2. Watch where you sit
Worse than the water fee, to me, is that you often pay a fee for table service.  While this might seem somewhat logical in places like bars or cafes, where most Italians take their coffee standing, it’s usually the case for restaurants, as well.  The charge will be marked on your bill as pane e coperto – “bread and tableware”. Don’t think you can get out of it: the fee is inevitable, regardless of whether or not bread or silverware are involved. Once you’ve sat down at a table and ordered, you’ve committed to paying it.  Luckily, it’s generally not expensive (up to about 2 euros per person in most places, although VERY touristy spots have been known to charge more than five times as much).  The charge should be listed on the restaurant’s menu, so if it’s not posted, make sure to ask about it before you sit down.  Another good thing is that laws that used to require restaurants to charge the pane e coperto fee have been lifted, so some places waive it.  But if you’re not lucky enough to come upon a pane e coperto-free eatery, there is some consolation; as in many European countries, tipping isn’t required in Italian restaurants.

3. Sandwiches are so much more than you’re expecting
If you asked me to name the top ten meals I’ve ever eaten, one that would be on the list is this fabulous sandwich I had in Siena a few years ago, for about 3 euros.  In a lot of places around the world, sandwiches are second-class fare, something you grab when you’re in a hurry or can’t afford a restaurant.  But in Italy, they usually range from tasty to amazing.  I guess it makes sense, since some of the staples of Italian cuisine do so well in sandwiches: mozzarella cheese, tomato, and cured meats, to name a few. Not only that; these ingredients are usually high-quality and fresh-tasting. Sandwiches will never be extremely expensive – and they’re often downright cheap.  Plus, if you get your sandwich to go, which is usually how it’s done, you don’t have to pay for water or table service. 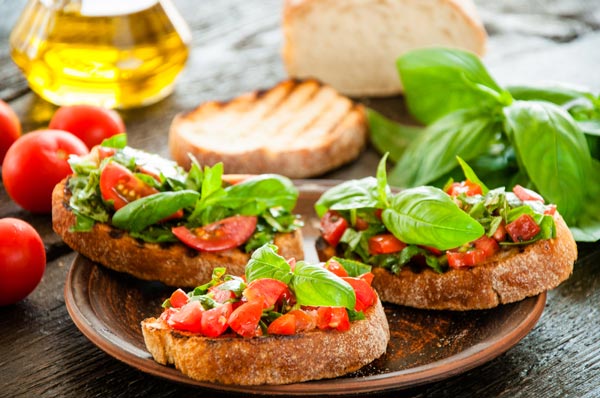 4. There can be as many prices for gelato as there are flavors
Ah, gelato.  If you’re like me, it’s almost impossible to resist, especially on a hot Italian summer day.  But be careful: even in towns with lots of gelaterie (gelato shops), prices aren’t always the same. Check the menu before you order- and if there’s no menu posted, don’t be afraid to ask Quanto costa? 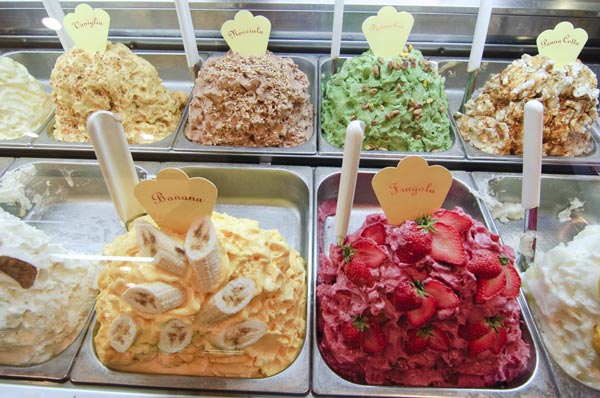 5. Get away from tourist hot spots
If you think about it, it makes sense: the closer a restaurant is to a touristy area, the more likely the owner is to hike up prices, since most tourists are too hungry or tired or unaware of normal prices (and often all three) to really make a fuss when they get their check.  If you can, get away from the major tourist areas.  Sometimes even a few streets is enough.  Remember that delicious, cheap Sienese sandwich I mentioned before?  It was at a small snack shop that was just a few minutes’ walk from the Piazza del Campo, the most-visited area in the city. 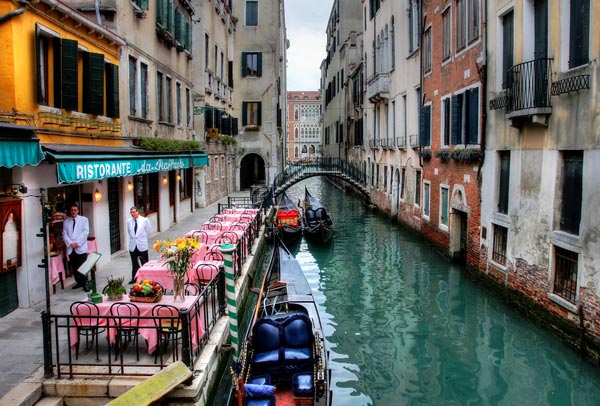 Budget travel doesn’t mean you can’t have some amazing culinary experiences - especially in Italy.  Keep these tips in mind and you’ll be able to eat to your heart’s content!